For Adventure Time fans, the Card Wars episode is one of the most mythical, where Jake and Finn summon and revive creatures that destroy crops. The application includes a game that emulates the one in this episode and lets you play it. 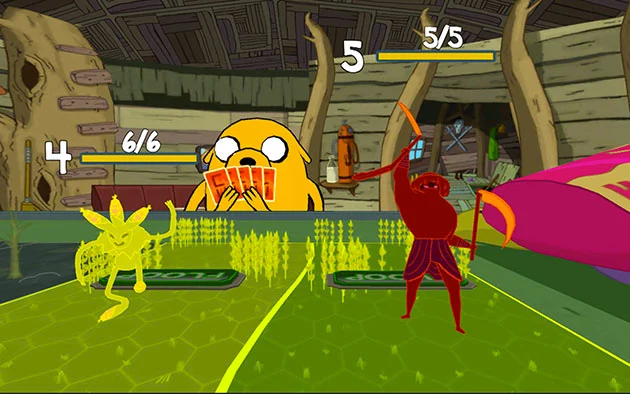 Your smartphone can play Adventure Time's board game

To win these card battles, you must summon creatures and cast spells. Players will fight warriors such as the Cool Dog, Hot Dog Knight, Maize Walker, or Pig just as they would in a deck of role-playing cards. It is your goal to destroy the opponent's troops.

Summon creatures and cast spells to fight for victory in the kingdom of the land of Ooo.

Get ready to play the famous Card Wars game from Adventure Time as we take part in this latest Cartoon Network game. Check out this "super complicated" game on your mobile device to see how interesting it is.

Take a look at our reviews for an in-depth look at the game's exciting features.

This game introduces gamers to the long-awaited card game from the famous Cartoon Network series Adventure Time. The game was played by Finn and Jake and was described as a "super complicated" title. Fans and gamers of the series will now be able to experience the legendary Card Wars in their own homes.

The game begins with two players receiving 10-20 cards each from their own sets of cards. There will be two stages in the game: Floop and Battle. The first stage of the game involves gamers building up their boards with unique cards. Following this stage, two players will fight it out for the sole victory in exciting battles. 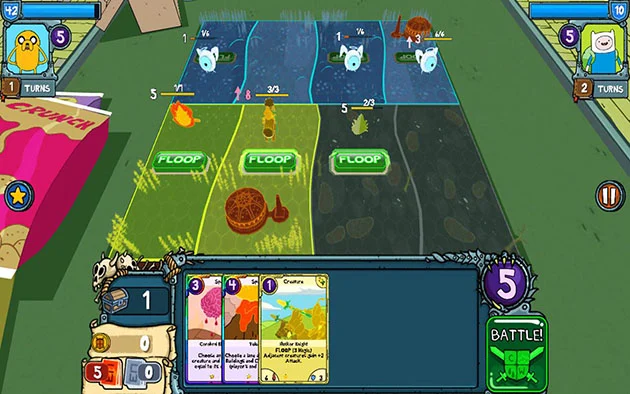 A series of exciting challenges await gamers in Card Wars, the latter being much more challenging than the previous. Take part in epic card battles with the characters from the series as you embark on your adventure.

Additionally, you can also take on exciting online challenges with other actual gamers. Rise to the top of the leaderboards by competing.

As you dive into this amazing card game, fans of the famous cartoon series will be able to discover the Lands of Ooo. In enjoyable card battles, you will travel to multiple locations and battle countless enemies with escalating powers.

Play this unique card game and experience a refreshing and exciting gameplay experience. Bring together a powerful army of beings in the Lands of Ooo and use their combined powers to drive away the armies of your enemies. In this innovative card game, you'll discover new rules. 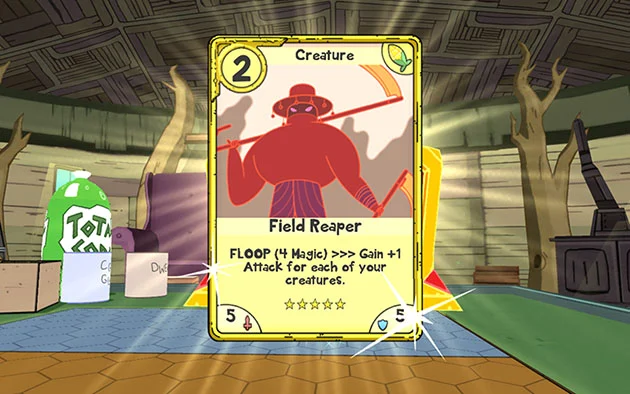 A variety of cards with unique abilities

In Card Wars, gamers will find themselves able to access multiple cards along the way, which makes the game even more fun. Depending on the card, your army could gain undeniable advantages, thanks to its unique abilities and powers.

Customize the deck as you progress and collect new cards

The higher you progress, the more opponents you will face, each with its own tactics and playstyles. To match your tactics, you must customize your deck with certain cards. Ensure that your character wins against the other by using multiple tactics.

Make your cards more powerful by upgrading them

In addition, you can even power up the individual cards in order to increase their overall power and unlock new abilities. In order to achieve a more powerful comp, you should also pay attention to this option. Once you've equipped your deck with the best cards, this will be extremely helpful.

Card Wars is a game of winning it all

Take part in the fun and addictive card battles in this game. Get epic loot from your opponents as you challenge other gamers in awesome battles. It’s either hero or zero in Card Wars – Adventure Time. 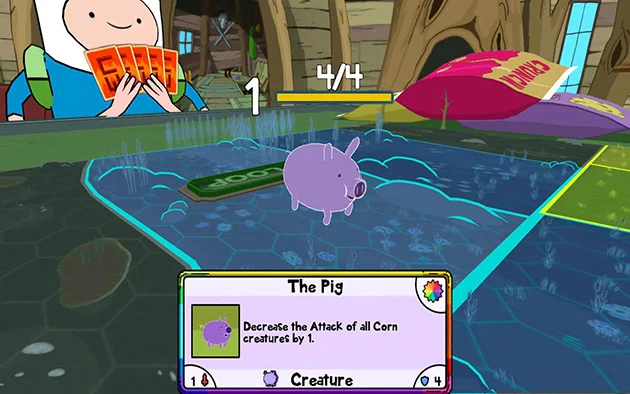 Choose your preferred language and play the game

In most Android games, you don't see the multilingual option, which is another interesting feature. That being said, in Card Wars – Adventure Time, gamers can enjoy their favorite card game in multiple languages, such as English, French, Italian, Spanish, and more. Thus, you’ll better experience with this awesome game.

Ensure that Card Wars purchases are not accidentally made

In addition to its friendly graphics and enjoyable gameplay, the game is also suitable for children. With the option to disable in-app purchases, you'll never have to worry that your child will accidentally buy anything in-game and spend a fortune.